A masterpiece example of Soft Architecture. Commissioned to create public comfort at the promenade of Expo City in Dubai, the longest textile sun-shade ever made was designed by Werner Sobek with the determination to exploit i-Mesh customization potential and unique structural features.

The Thematic Concourse is the longest walking path ever covered to protect from excessive sun radiation. It’s the example of the way Comfort can be created in hot cities environment. Moreover, it is made of the largest beam-less pergola module ever made. This was possible thanks to the possibility provided by i-Mesh to create fibres patterns in total freedom, where the fibres run on the load paths. By doing so, all traverse beams typically found in comparable installations have been omitted. From the point of view of sustainability, it means 30 km of extruded aluminum profiles resulting in the avoidance of a global warming potential of 31 tons CO2 equivalents.

The production of the Thematic Concourse pergolas has produced the lowest amount of waste ever created for a textile installation. The textile industry normally wastes between 20% to 45% of fibres and chemicals and utilizes water at various stages of production creating a serious pollution problem: this pergola has saved up to 16 Tons of fibres and chemicals. The process makes no use of water at all.

As the canopies cover an area of 52.426 m² the aesthetics and effect of this surface in the top view have a profound impact. At close range, for example when viewed from surrounding buildings, the architects where opposed to the unsatisfying outlook dust covered traverses or other structural supports would have provided.

The surface was required to be as homogenous as possible while being highly reflective to reduce urban heating.‍‍ 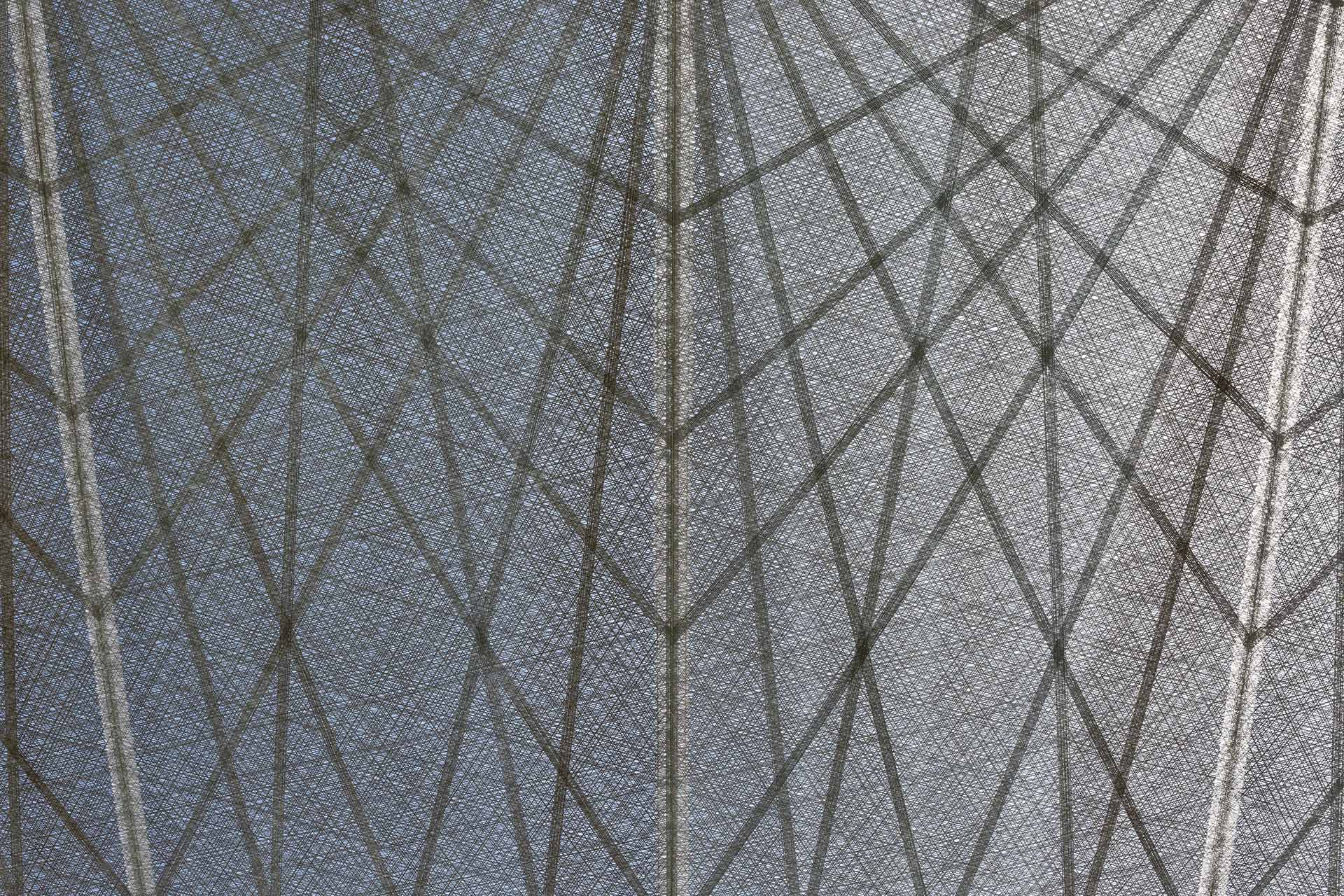 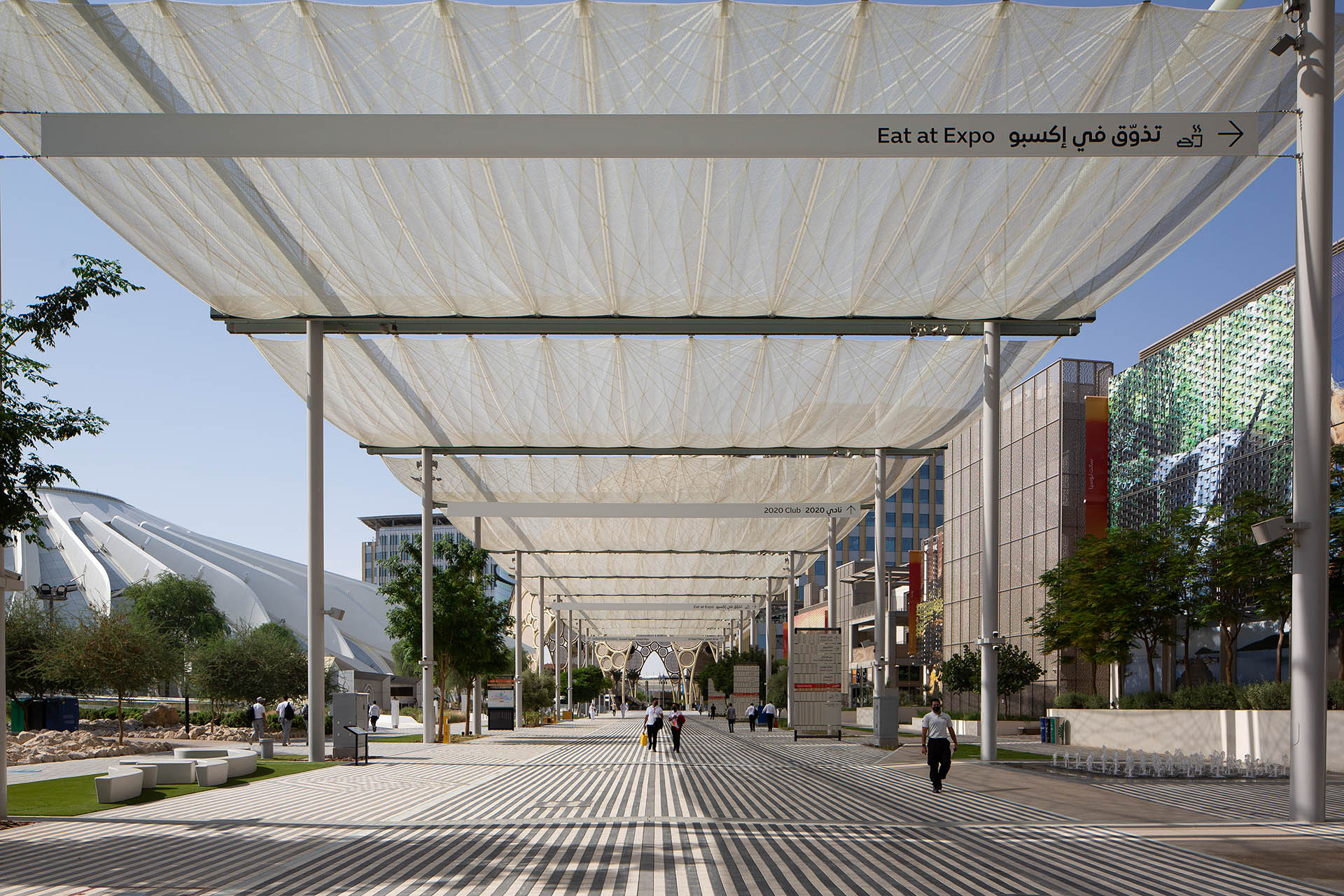 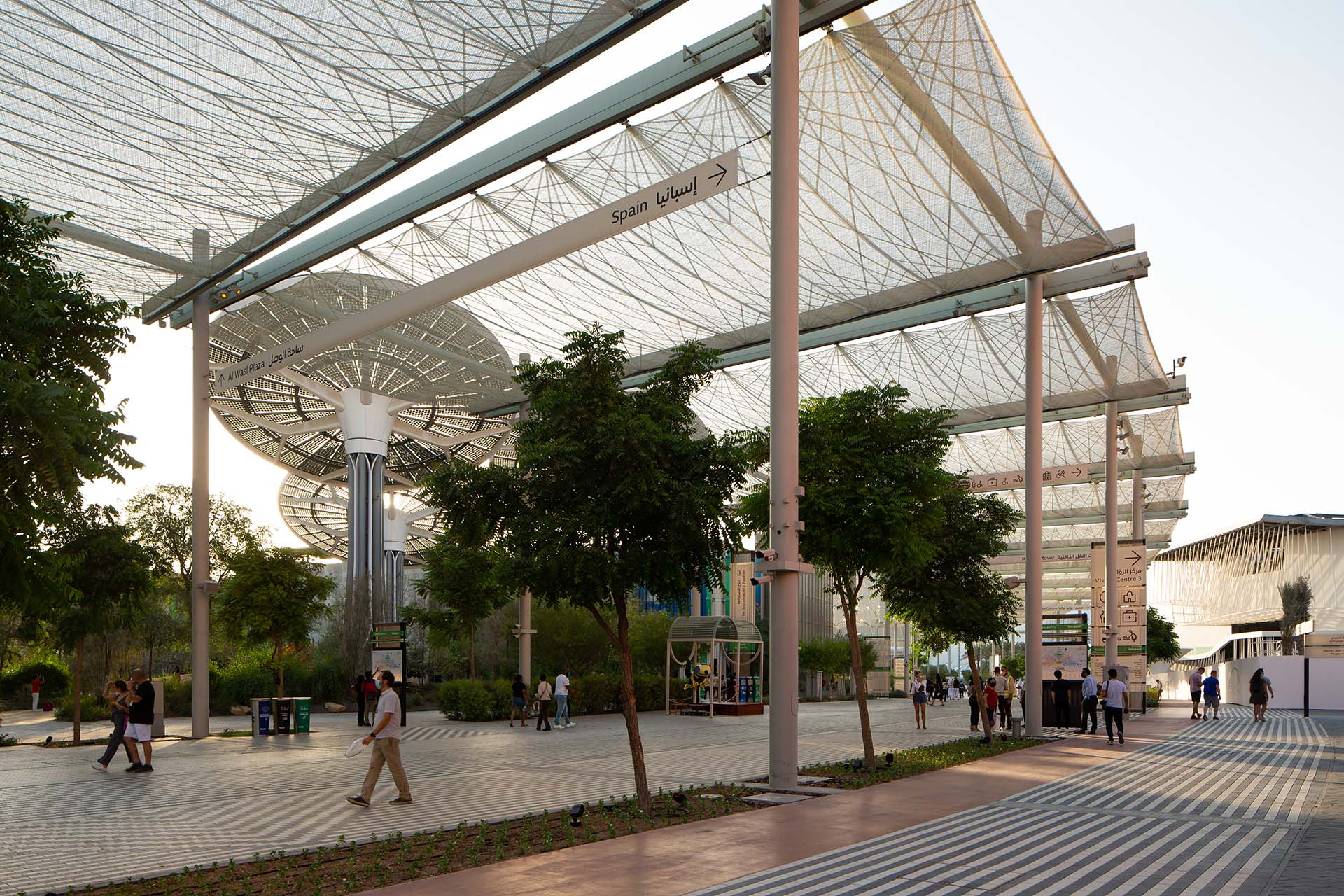 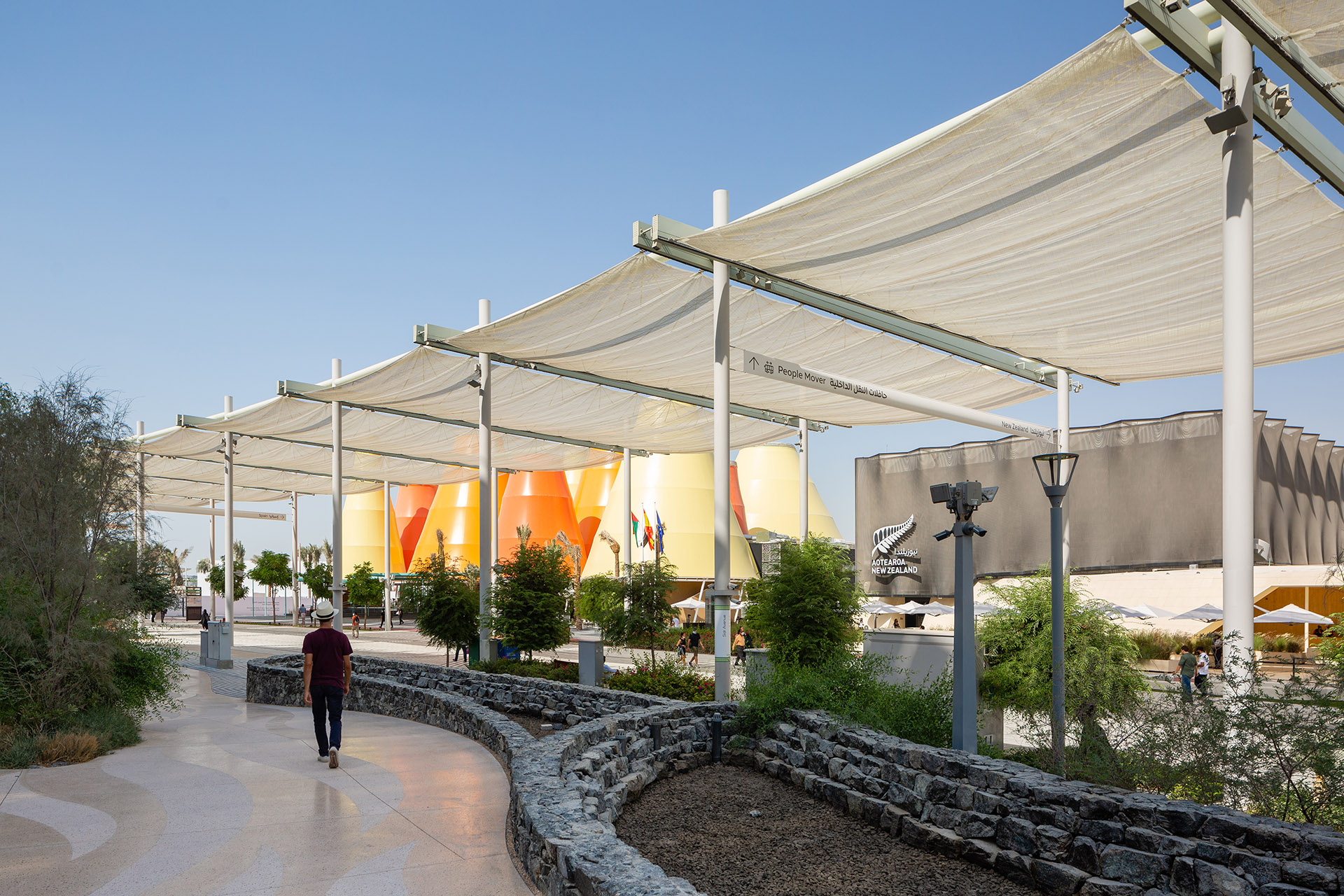 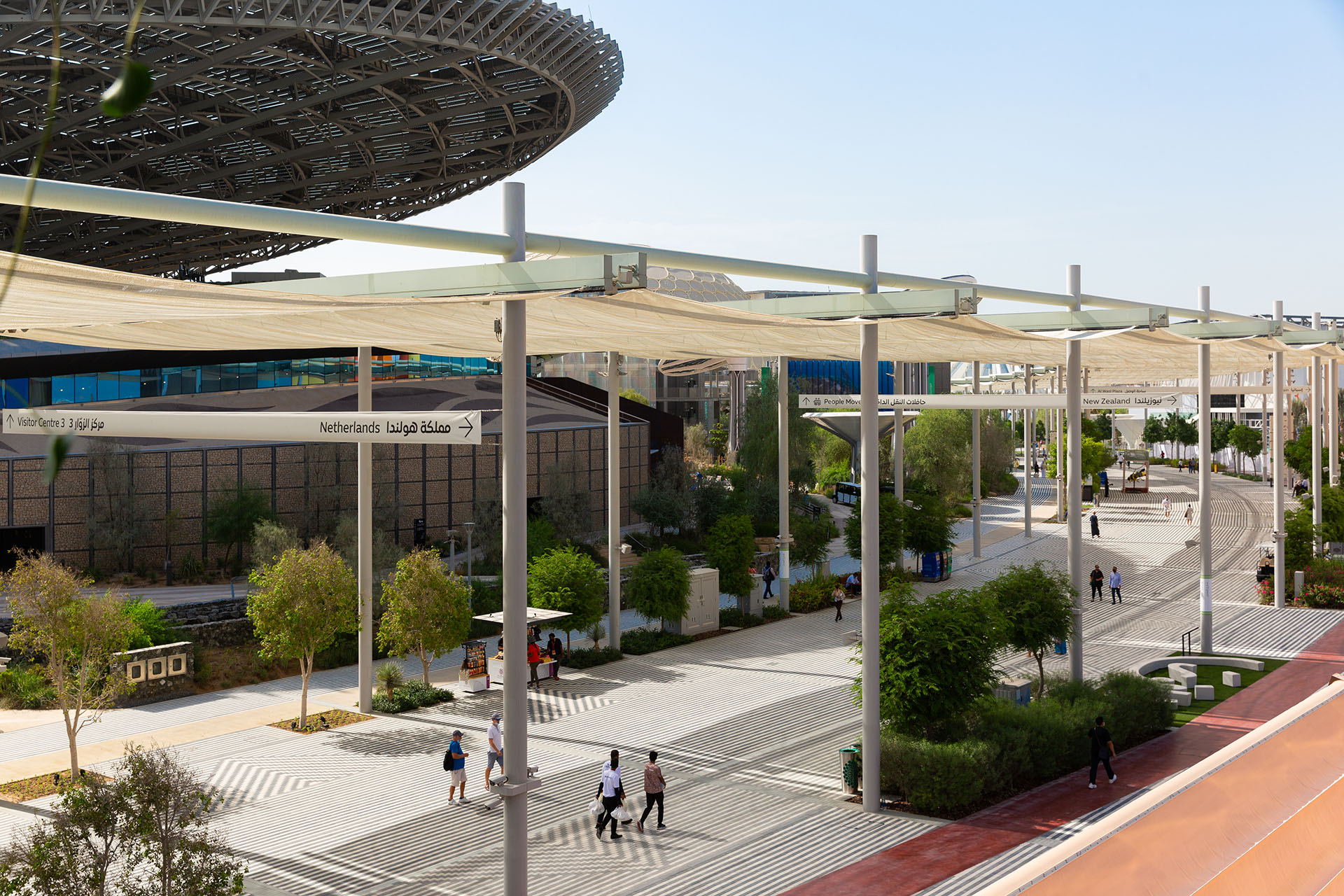 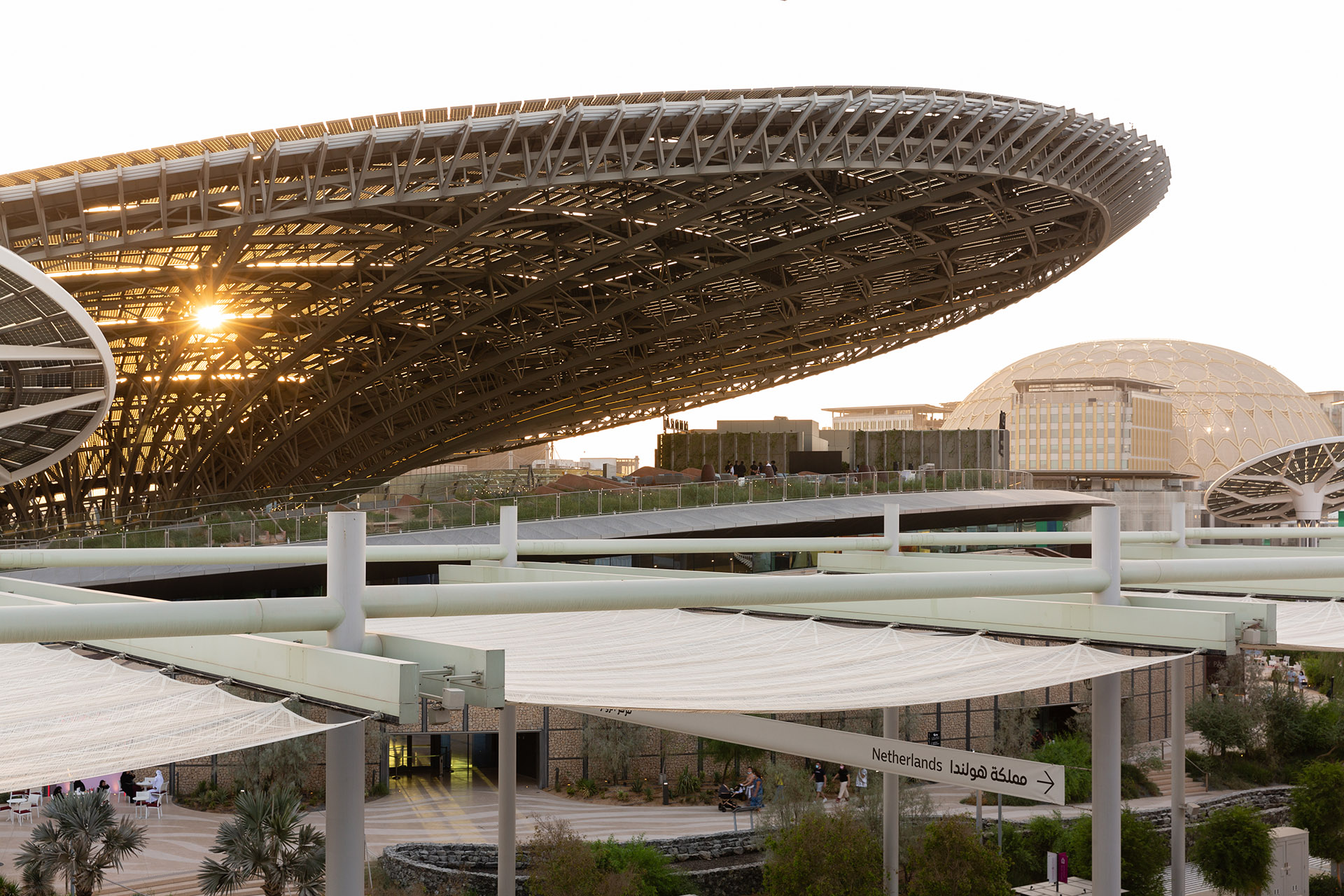 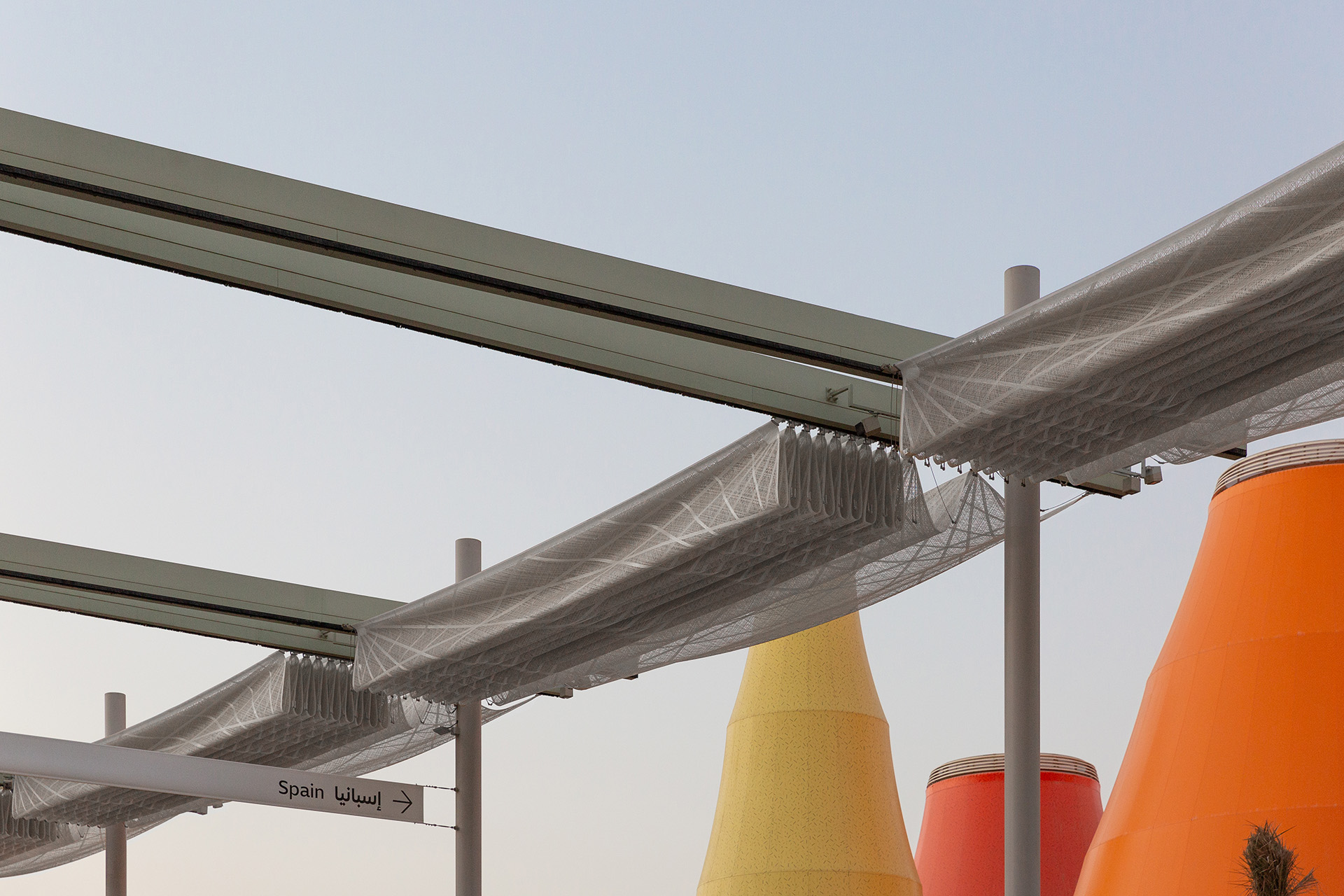 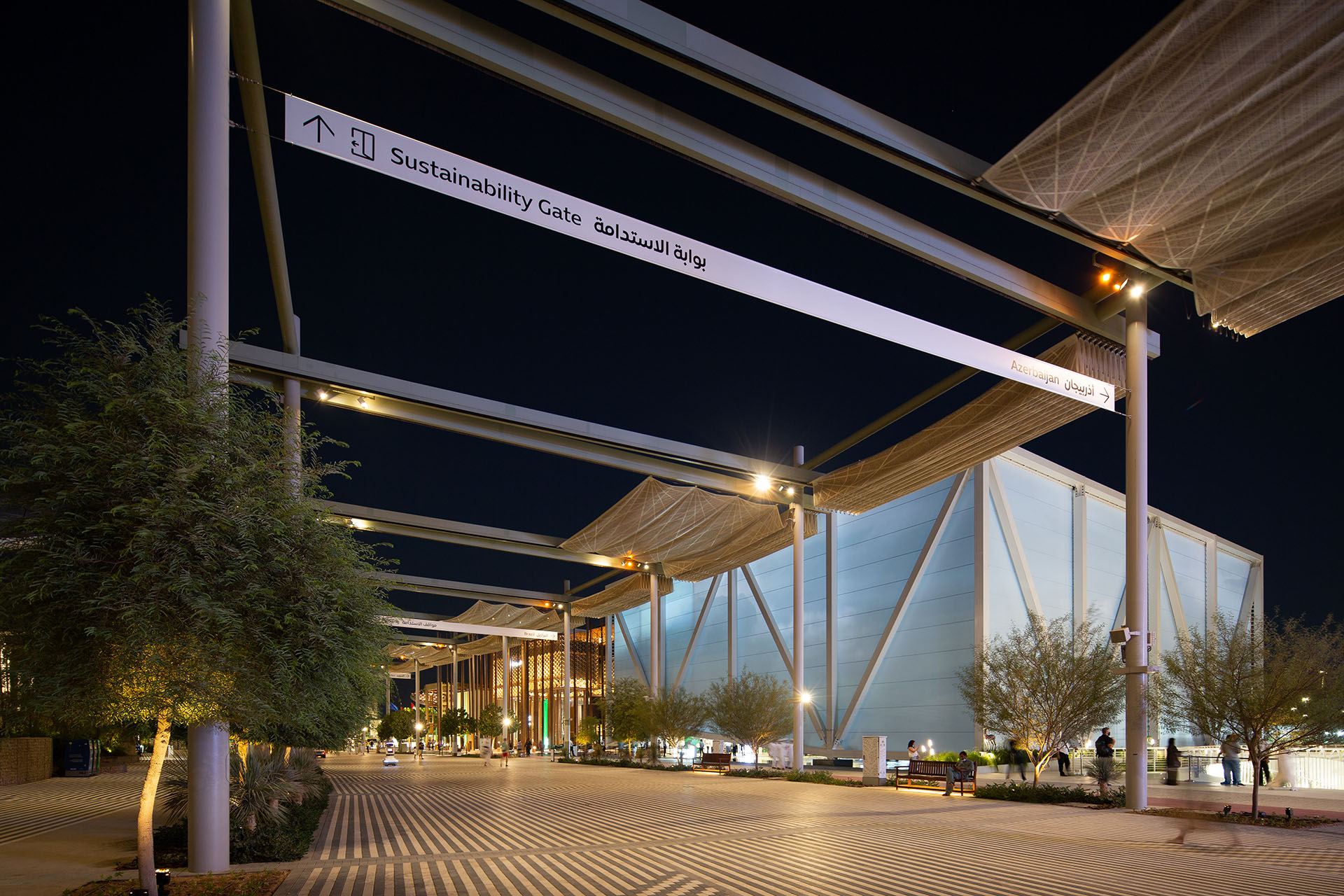 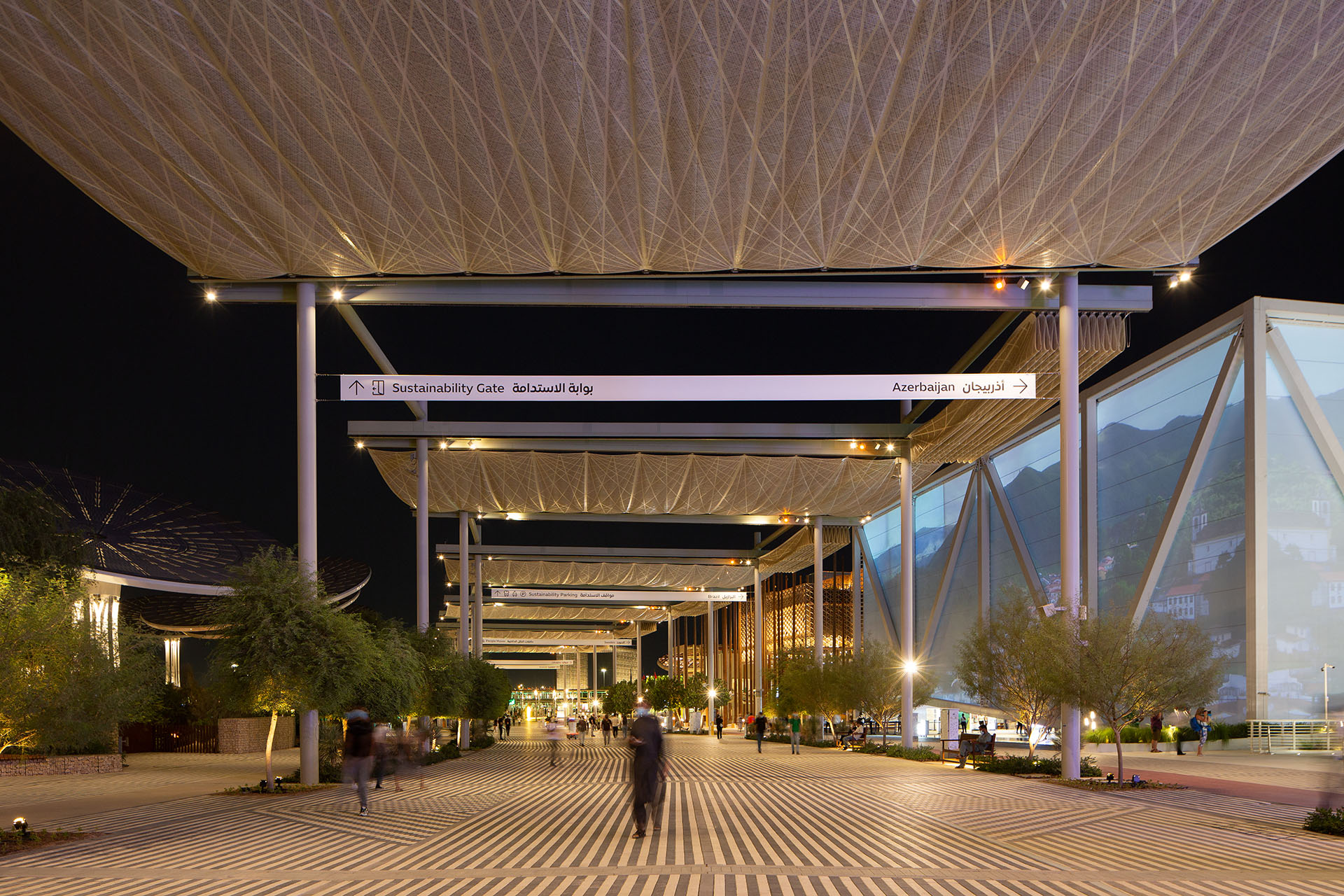 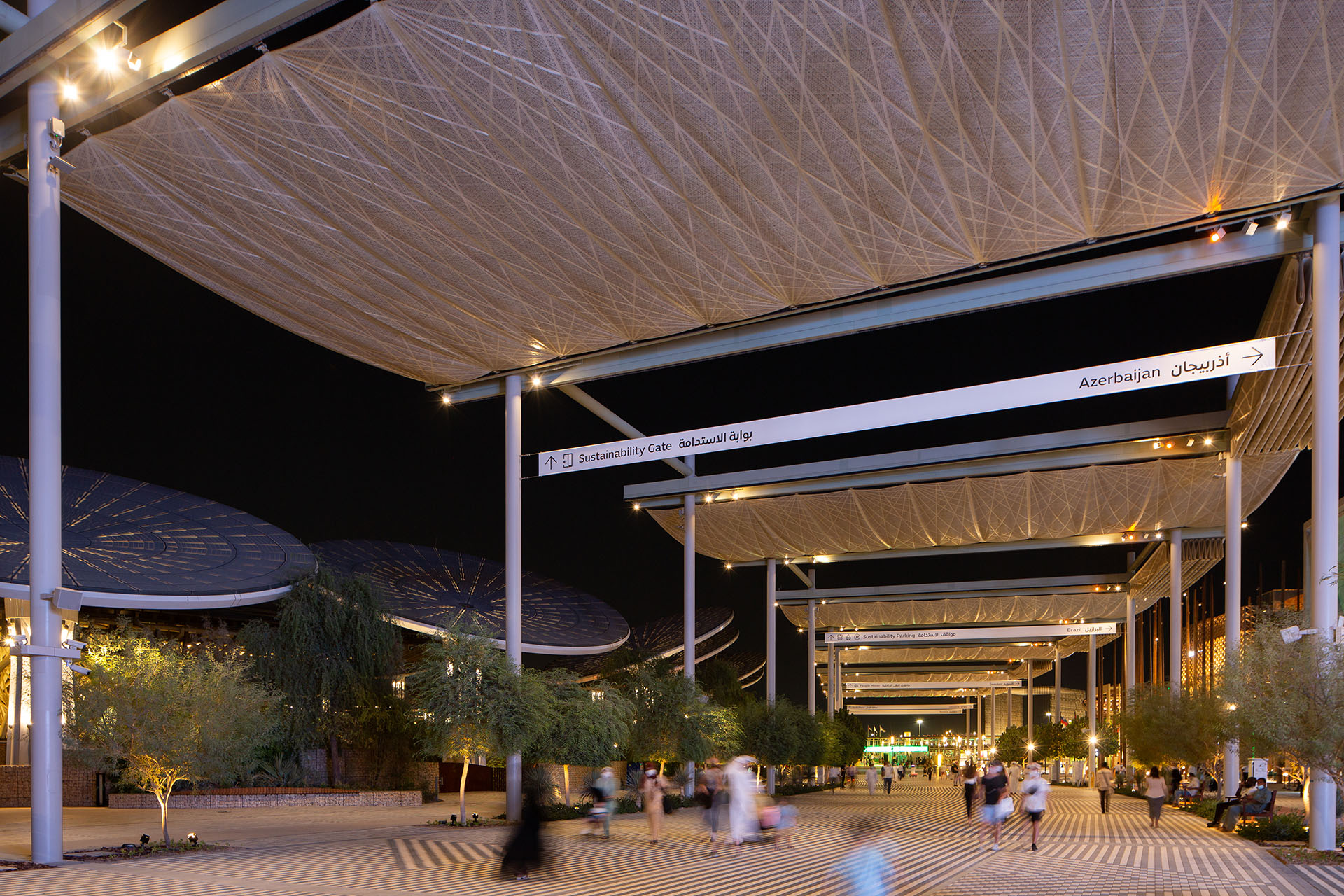 SOFTNESS, the film on Soft Architecture